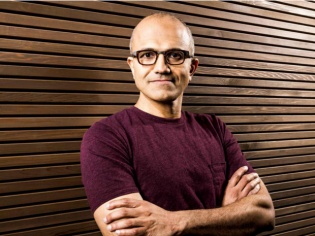 A couple of days after Google joined hands with the Indian government, tech giant Microsoft has offered to do the same as PM Narendra Modi's Digital India campaign gathers momentum. The company believes technology can be the key enabler for India to thrive, and create more opportunities for individuals and businesses.

“We are keen to partner with the government and industry at large to help make this vision a reality," said Satya Nadella, CEO of Microsoft, in an interview with the Economic Times. While there are no details of how Microsoft plans to aid the government just yet, given the speed at which things are moving, that won't take long.

Modi's Digital India plan is at the center of his campaign to speed up the development of the country – a promise that is widely believed what won him the PM's seat. Information-for-all is one of the key motivators behind the entire program, which is also a dream shared by technology giants Google and Microsoft.

Moreover, Nadella believes in order for the grand plan to work, engineers and others seeking jobs in the technology sector will be key drivers of change. “My advice to those who are pursuing careers in technology is to really think about the work you're driving and why it matters,” Nadella said.

He also advised youngsters looking to make a career in the technology field to be bold and tenacious, while always remembering that success doesn't come overnight.

Microsoft is currently undergoing one of the largest transformations in its nearly four-decade long history, and Satya Nadella is at the helm of this change. Speaking about what the company plans to offer its customers in the future, he said, "We will reinvent productivity to empower every person and every organization on the planet to do more and achieve more. That is our moonshot."