Claims to be the first dual-SIM phones running ICS. At the Mobile World Congress 2012, Viewsonic launched four new Android-based smartphones. This comes in the wake of its previously launched V350, a dual-SIM Android 2.2 phone that wasn't too successful in the international market. Of these, the ViewPhone 4s and ViewPhone 5e will run on Android 4.0 (ICS), with both being dual-SIM smartphones.

The ViewPhone 4s has a 3.5" touchscreen with pixel dimensions of 640x960. Other specs aren't out yet, but a 5 mp rear camera and a front 0.3 mp snapper are present for sure. The 4s is expected to launch around June with a price tag of $499 (approximately Rs 25,000). On the other hand, the ViewPhone 5e is an Ice Cream Sandwich based smartphone with a 5" screen (480x800). This handset features several office applications such as PicSel Smart Office and PDF document viewer. The $599 (approximately Rs 30,000) dual-SIM phone is set for a European launch around October.

The other two smartphones, ViewPhone 4e and ViewPhone 3, will run on Android 2.3 (Gingerbread) and sport a 3.5" touchscreen with dual-SIM functionality. Powered by a 650 MHz CPU, the 4e will come with a 3 mp rear camera and will be available at a price of $399 (approximately Rs 20,000) from June. Finally, the ViewPhone 3 has an 800 MHz processor from Qualcomm and a 5 mp camera. This device will be available by the end of March at an estimated price of $279 (approximately Rs 14,000). 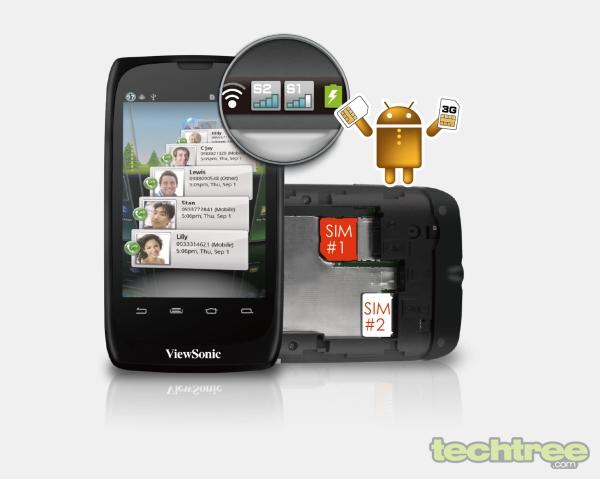