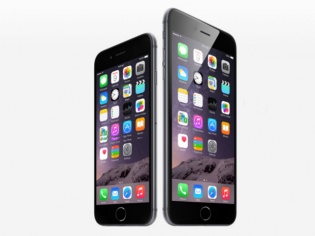 After registering a record 4 million pre-orders for its iPhone 6 on launch day, Apple was quick to clarify that customers in the US will have to until next month to get their hands on the device. Now it seems that due to excessive global demand, the company has decided to postpone the launch of the iPhone 6 and 6 Plus in India.

Soon after Apple announced the delay in iPhone 6 deliveries in the US, the company removed the device's tentative availability date from its India website. On launch day the device was listed to ship in India on September 26, which was later changed to October 17.

Currently the Apple India website doesn't display any particular date of launch, but according to The Indian Express who contacted Apple retailer Vijay Sales, the possibility of the iPhone 6 launching in India in October is very low. Other retailers like Chroma and iWorld were unsure about when the device would be available in India.

The report adds that the iPhone 6 is expected to arrive in India by mid-November, and buyers can expect prices to start at around Rs 55,000 to Rs 60,000. While that puts the iPhone 6 pricing on par with what we saw with the iPhone 5s, we're still pretty clueless about the premium Apple will charge for the new plus-sized device.