Motorola Pulls The Wraps Off Its New Moto X And Moto 360: Update | TechTree.com

Motorola Pulls The Wraps Off Its New Moto X And Moto 360: Update

While the second-gen Moto G has been launched, the Moto X and Moto 360 will go on sale in India by the end of September

The wait is over. Motorola has finally pulled the wraps off its new flagship Moto X and Moto 360 smartwatch, alongside announcing the launch of the second-gen Moto G in India. The devices are now listed on the company's website, and will go on sale by the end of the month, exclusively via online partner Flipkart. 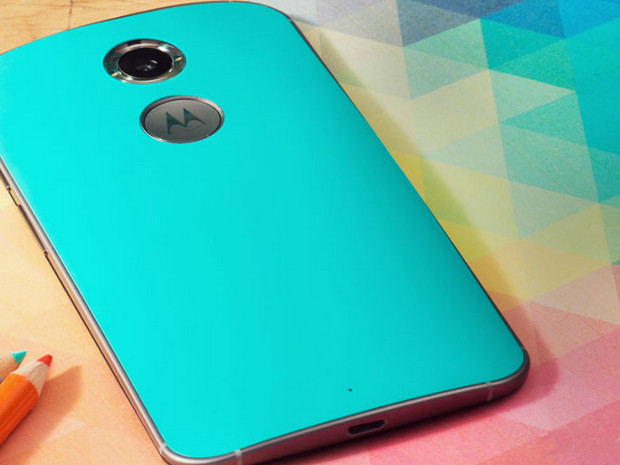 Motorola has bumped up the display size of the Moto X from 4.7-inches to 5.2-inches, while also increasing the resolution to Full HD. The device comes packing a 2.5GHz Snapdragon 801 processor which is coupled to 2GB of RAM. The Moto X will be available in both 16GB and 32GB variants, but it seems as though 16GB Moto X buyers will not have access to the Moto Maker tool.

Imaging duties are taken care of by a 13MP f/2.25 primary camera at the rear and a 2MP camera with 1080p video recording capabilities up front. All that hardware is powered by a 2,300mAh battery, which seems adequate judging by what Motorola was able to achieve with last year's device.

The company hasn't spilt all the beans on the Moto X just yet. We still don't know what the four dots on the face of the device do, nor do we know if the dimple at the rear of the device is indeed its power button. Still, we know that the device currently runs on Android 4.4.4 KitKat, and will almost definitely receive the Android L update once its out. There isn't much that we don't already know about Motorola's first smartwatch, except maybe its price. That's a detail the company still hasn't revealed, but is likely to change by the end of today, when the device is officially launched at an event in Chicago.

It is now official that the Moto 360 will feature a premium stainless steel body, putting to rest rumours that stated the company would build the device out of plastic to hit cost targets. The smartwatch as we know runs on Google's Android Wear platform, and features a 1.56-inch display that's almost circular.

The Moto 360 is powered by Texas Instruments' OMAP 3 processor coupled to 512MB of RAM and features 4GB of onboard storage. Motorola has confirmed the watch comes equipped with a pedometer and an optical heart rate monitor. Apart from this, the Moto 360 will be available in two colour options – light stainless steel with a gray leather band and dark stainless steel with a black leather band.

Motorola surely has an immensely strong product lineup, and while we already know the price of the second generation Moto G, we're now waiting for official word on the pricing of the other two devices. Motorola mantra of offering users great value in each of its products has worked wonders, and there's no reason the company will dump the strategy anytime soon.