Motorola Launches The Second-Gen Moto G In India At Rs 12,999

The company also unveiled the new Moto X and Moto 360 smartwatch, which should go on sale in India by the end of September In another unprecedented move, Motorola has launched the second-generation Moto G in India at Rs 12,999 for the 16GB variant of the phone. The device will go on sale at midnight tonight, with Flipkart continuing to serve as Motorola's exclusive retailer in the country.

Alongside the Moto G (2014) the company also unveiled its second-gen flagship Moto X and keenly awaited Moto 360 smartwatch. Prices of the two devices however have not been announced yet, but are likely to go sale at the end of this month.

The Moto G (2014) will feature a larger 5-inch screen, but the display resolution will remain the same at 1280x720 pixels. The other big difference from the older version is the stereo speakers, housed at the top and the bottom of the screen. This makes the Moto G's design similar to what was seen in the budget Moto E. 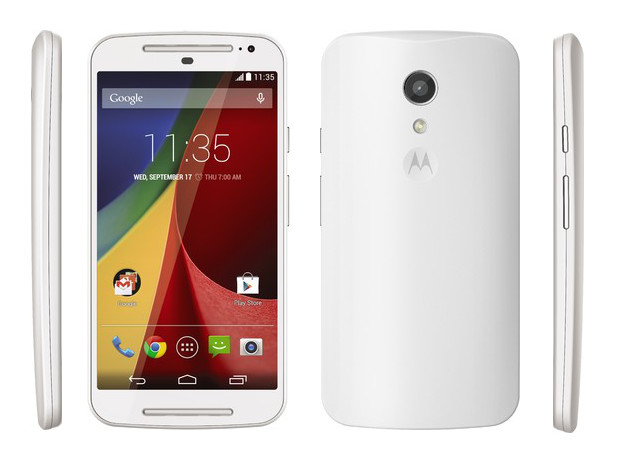 The device is powered by the same 1.2GHz Qualcomm Snapdragon 400 processor, coupled to 1GB of RAM. Motorola will only sell the dualSIM 16GB variant of the device in India, which now comes packing a microSD card slot. Connectivity options include Wi-Fi, Bluetooth and 3G, similar to its predecessor.

In terms of imaging, the device's primary camera resolution has been increased to 8MP, while the front of the device will house a 2MP shooter. The battery too of the Moto G has been uprated to 2070mAh, keeping in mind the larger screen which should be more power hungry.

Motorola has stuck to serving up a pure Android experience with the new Moto G, which runs on Android 4.4.4 KitKat. The device in all probability will receive the Android L update once Google releases the software. Motorola has added that it will not phase out the older Moto G and Moto X smartphones, which will most likely receive a sizable cut in their price. 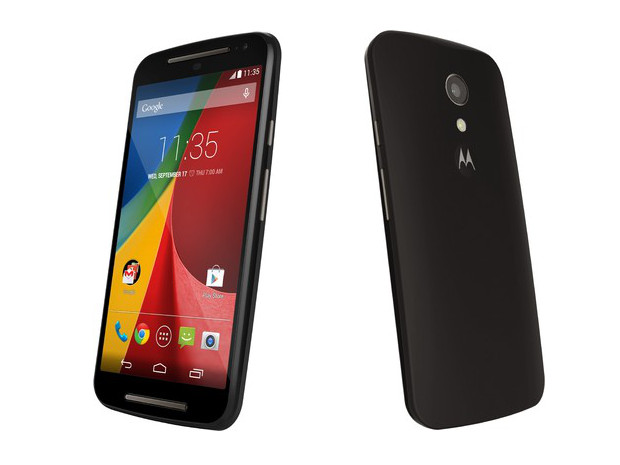 When manufacturers usually launch newer versions of devices, the price does tend to creep up as they're forced to outfit newer devices with better tech. Motorola on the other hand has done the opposite, bringing its Moto G second-gen in at a whole Rs 1,000 lesser than the launch price of the original Moto G. This when coupled to the upgraded specs makes for an even better value-for-money offering than the original Moto G.