Selling for dirt cheap prices, the power banks will surely sell quicker than the Mi 3. 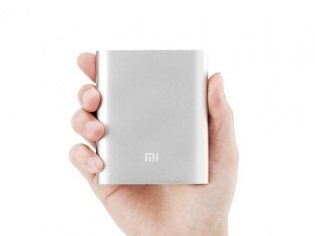 Manu Jain, Xiaomi India head said to IBN in an interview that the company would begin sales of its Mi Power Bank as soon as next week. The power banks along with the Mi 3 smartphones we announced at the Xiaomi launch event last month.

The power banks come in two capacities, a 5200 mAh one and a 10400mAh one. Flipkart had listed the items as coming soon and they were priced Rs 799 and Rs 999 respectively. The power banks come with an anodised aluminium finish and sport a compact design along with a battery level indicator. In other news, Mi India’s Facebook page has been rather busy lately. The company has been teasing MI fans (yes there is a following now similar to Apple’s) with their next flash sale record breaker the Redmi 1s. The handset will sport a 4.7 inch 720p display and a Snapdragon 400 SoC with 1 GB of RAM coupled with 8 GB of internal memory. The handset also features a 8 MP primary camera with an LED flash along with a 1.6 MP front-facing one. Priced at Rs 6999 the first opening sale of the handset should be announced in a few hours from now and should directly compete with the Lumia 530 and Moto E.