The device will be pitted against Apple's upcoming iWatch and sport a more premium build and design. 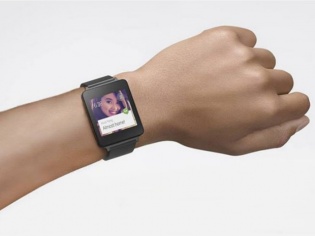 LG recently got into the smartwatch race with its Android Wear-powered G Watch, but is already facing the heat from competition which frankly hasn't arrived yet. According to the Korea Times the company could unveil a second G Watch at IFA 2014, just two months after the debut of the first one.

The report claims that LG's upcoming smartwatch will be powered by a Qualcomm processor, and has been in the pipeline for some time now. While it does seem highly unlikely that the company would release a follow up product so soon, the supposed source of this information was an LG spokesperson lending a hint of credibility.

Moreover, the company has supposedly tied up with “leading watchmakers” to help develop the second G Watch, hinting at the fact that it could be a more premium device. If true, this would indeed be a welcome change, as one of the biggest drawbacks of the current G Watch is its geeky, uninspiring design.

Currently LG's biggest competition in the smartwatch space is Samsung, but soon Motorola and even Apple will bring their products to the market, and both will blow the G watch out of the water. The company seems to be taking the hint that consumers want a stylish as well as functional bit of kit on their wrists, both areas in which its G Watch has been criticized.

While it is expected that the Moto 360 will finally be launched at IFA 2014, the Korea Times report suggests LG will go after Apple rather than Motorola with the G Watch 2. If so, it wouldn't be a surprise to see the company release the the device in September or October, which is the speculated launch period of the iWatch.