Windows Phone Users Now Have Access To Over 3 Lakh Apps

While the app drought on Microsoft's mobile platform isn't over, the gap between iOS and Android is certainly decreasing. 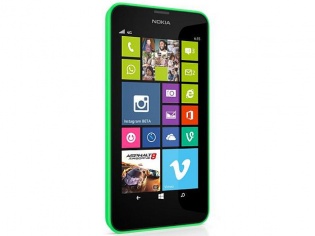 Microsoft has long been criticized for its inability to woo developers to create apps for the Windows Phone platform, but recent efforts do seem to have had a positive effect. The company just announced that the number of apps on the Windows Phone store has nearly doubled in the in the past year, indicating the same.

Users of Windows Phone-powered devices now have access to 300,000 apps as off the end of June 2014, an increase of 94 percent in comparison to the same period last year. The largest chunk of growth came in the first six months of 2014, with 100,000 apps being added to the WP store in that period.

In the past few months Fitbit, Uber, BlackBerry and various other well known software developers that previously focused only on iOS and Android have made the jump to Windows Phone. While Fitbit brought fitness tracking to the WP platform, the coming of other large services has helped Microsoft close the gap between its rivals.

In the early days of Android where Google provided users with a large quantity of apps, but was criticized for the lack of quality apps that were available on iOS. It's good to see that Microsoft isn't facing similar problems, and while the app drought on Windows Phone is far from over, the company looks like its getting there.