Its pretty late to the flagship smartphone space this year, still Motorola smartphones were never about the specs. 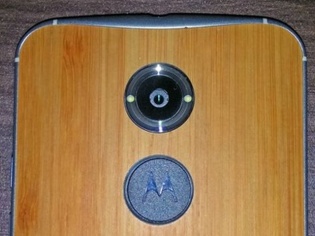 The Moto X+1 has surfaced online once again this time on benchmarking tool Geekbench’s database. The test was conducted just two days ago and the results confirm that smartphone will indeed be sporting a powerful Snapdragon 801 chipset after all.

The handset had shown up just a week ago in leaked images where we got our first clear look at the unusually stylish looking handset crafted out of metal and wood. The Geekbench results do not reveal too much, but simply show that the processor is indeed a Qualcomm Snapdragon 801 similar to the leaked results provided by AnTuTu sometime back. Inside, we get the 4 Krait 400 cores clocked at 2.45 GHz each, indicating that this is indeed the top of the line 8974AC version of the chipset (also found on the GALAXY S5 LTE). There is also 2 GB of RAM along with an Adreno 330 GPU in charge of graphics.

Motorola is indeed a bit too late to the flagship smartphone game this year, since it is almost time we started hearing about the Snapdragon 805 chipsets and Quad HD displays. Still then, one long look at Motorola’s current line-up and one can indeed understand that their handsets were clearly not about the specifications. Still then if the leaked images do turn out to be the real deal, Moto will indeed find quite a few buyers thanks to that cool looking design.