India Is Increasingly Powering The Growth Of Social Networks | TechTree.com

India Is Increasingly Powering The Growth Of Social Networks 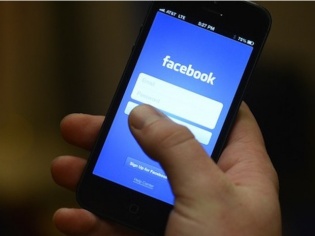 The growth of social networks may be slowing globally, but India has managed to buck the trend, with giants Facebook and Twitter being the main beneficiaries. The number of active users of social networks in the country grew by a record 37.4 percent in 2013 according to a new study.

"Indians are increasingly logging into Facebook and Twitter accounts, with the country recording the highest social networking growth of 37.4 per cent in 2013," said a report published by eMarketer, a US-based research firm that provides insights and trends in digital marketing, media and commerce.

In urban India alone the number of active users of social networks is expected to cross 80 million this year, as opposed to 63 million in 2013. The country already has the second largest Facebook user base globally, coming second only to the US. Even this is all set to change, with India expected to overtake the US by 2016.

Facebook recently crossed the 100 million active users mark in India, growing from just 8 million users in 2010. The company suggests that 84 million of those users access the social network via mobile, which seems to be a growing trend caused by the increasing sales of smartphones in the country.

Bringing the Internet to mobile users in India has become one of the prime objectives not only for businesses but also the government. There is huge emphasis being laid on streamlining and improving connectivity speeds in the country, which currently are the slowest among the major economies in the Asian region.