Home » Mobiles » Samsung Working On A Flexible & Metal-Clad Version Of The Note 4?

Samsung Working On A Flexible & Metal-Clad Version Of The Note 4?

A new leak suggests that Samsung could be working on a more premium variant of the upcoming Galaxy Note 4 phablet. 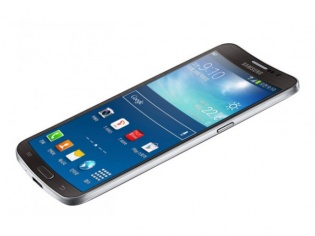 Samsung is currently readying its Galaxy Note 4 phablet to take on the rumoured large-screened iPhone from rival Apple. The device will come packing some of the latest tech, but new leaks suggest the company could reserve the best for a second (more premium) version.

According to Korean website ET News, Samsung is working on a Prime version of the Galaxy Note 4 which could feature a flexible display, metal body and optical image stabilisation (OIS). The report also adds that the device could be built using materials such as magnesium, aluminium and stainless steel to lend it a premium feel.

Samsung dipped its hands into the flexible phone realm with the Galaxy Round, and since then has increased its flexible display manufacturing capacity by 50 per cent. Still, even if this is true, it's highly unlikely that Samsung will look to introduce flexible phones into the mainstream market.

The report adds that the Galaxy S5 was originally meant to feature a metal body, but due to supply and demand problems Samsung stuck to the regular polycarbonate shell. Now with sales of strategic models falling and the S5 not performing as expected, the company is looking to avoid making the same mistakes once again.

Finally, ET News adds that the Note 4 will feature a 16MP camera featuring OIS technology, and that does make it sound like a pretty good snapper on paper at least. While details on the Prime version of the device are still sketchy to say the least, we expect the regular Note 4 to feature a similar camera module.

While Samsung may indeed be working on a Prime version of the Galaxy Note 4, we'd take the latest news with a pinch of salt. A metal clad flexible phone sounds too far fetched at the moment, but we could see a device similar to the Galaxy Round being launched in the Korean market.