Samsung has gotten interested in the home automation space after watching what Google is doing with Nest. 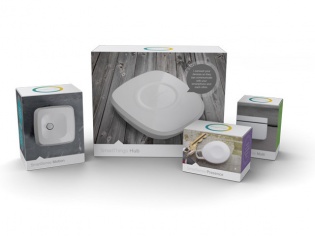 Korean electronic giant Samsung is rumoured to be in talks with SmartThings for a deal that values the home automation specialist at $200 million. The development comes at a time when the first wave of IoT (Internet of Things) devices are making their way to the market, and is expected to be the next big thing after smartphones and wearables.

Home automation allows users to do things such as control the lights, unlock doors and set the temperature on the AC right from their smartphone. Moreover all devices owned by an individual will be connected, with the ability to speak to each other and perform tasks in a symbiotic manner.

According to TechCrunch, Samsung has most likely most likely gotten interested in the startup after watching the developments Google is making with Nest. SmartThings is a mature home automation platform that's in dire need of a large marketing spend. In short the company needs cash, and Samsung has a lot of it.

[Also read: Google Finally Shows Us Why It Paid $3.2 Billion For Nest]

So far Google, Apple and Amazon have shown the utmost amount of interest in home automation, and are engaged in a war to be the first to get into your home. It's only natural that Samsung would look at its rivals and want in on the game. The payoffs are massive and the amount of data generated by such devices will put smartphones to shame.

Since the smartphone is touted to be the device at the centre of your smart world, it only makes sense for Samsung to invest in building an environment around it. The company has already been posting falling sales of phones which is the cornerstone of its technology outfit, making the move all that more important.