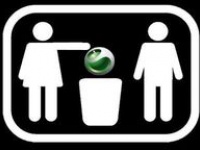 Close on the heels of Valentine's Day, one of the most famous couples in the tech industry, Sony and Ericsson, have finally parted ways. The new entity will now be renamed to Sony Mobile Communications. Sweden-based Ericsson had hooked up with the Japanese Sony in 2001. The partnership went well until 2009, when the joint venture posted a loss of over 800 million euros. It was all downhill from there on. In October 2011, Sony announced that it would buy out Ericsson's stake, reportedly paying around EUR 1.05 billion for complete ownership of the mobile business.

With the new name and some promising dual-core Android devices just around the corner, let's hope that Sony Mobile Communications will make a strong comeback in the market.