Cost-savings are great, but a MediaTek powered Chromebooks could suffer from a major flaw - sluggish performance. 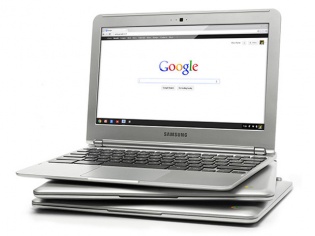 Chromebooks as a segment in the PC market currently sits in the lower end, with prices for a device starting at about Rs 23,000. However, that base price could fall a lot further with Taiwanese chipmaker MediaTek currently testing Chromebooks powered by the inexpensive ARM Cortex-A7 processor.

The development came to light when MediaTek contributed code to Chromium OS for a test device that runs on a Cortex-A7 chipset. A device powered by the same chip that powers most low-cost smartphones and tablets is an obvious choice as it is significantly cheaper than the Cortex-A15/A7 hybrids and Intel Celeron processors.

However, the massive cost savings come at a price – sluggish performance - phones and tablets the Cortex-A7 chipsets aren't known for their blazing speed. Still it isn't hard to guess why MediaTek is interested in building low-cost versions of devices running Google's Chrome OS.

Low-cost PC could make up a significant share of the markets in countries such as India and China, where MediaTek made chipsets already dominate the low-end smartphone market. Even Google recognised this strength of the company, tying up with it to create compatible chipsets for powering Android One smartphones.

Smartphones running on Google's Android made by manufacturers like Micromax, Karbonn, Lava and Spice are currently competing with feature phones. A cheaper Chromebook on the other hand could bring Chrome OS to people who might not otherwise get a PC at all.