One mid-ranger and one plastic-bodied flagship smartphone. We really hope HTC gets the pricing right. 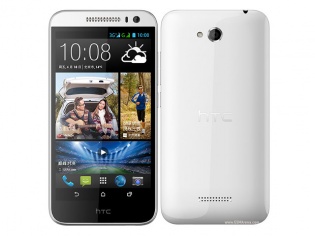 Taiwanese smartphone giant HTC could launch its mid-range Desire 616 and plastic-bodied flagship One (E8) in India at an event in Delhi on Friday. The company did send out media invites for the event on July 11, but did not divulge on details of which products will be launched.

Apart from the Desire 616 and One (E8) it is also expected that the company will launch the dual SIM variant of its flagship One (M8).

The Desire 616 was launched earlier this week and touted as a China-only device, but soon reports broke of the device making its way to Indian shores. The device sports a 5-inch HD display and is powered by 1.4GHz octa-core processor, which is in keeping with Chinese customers demands for phones with higher number of cores.

[Also read: Say Hello To The M8’s Plastic-Bodied Sibling, The HTC One E8]

The One (E8) on the other hand features much more compelling specifications, which surprisingly are very similar to what's available on the metal-bodied One (M8). The two biggest differences are the lack of a metal uni-body and the lack of the depth-sensing DuoCamera at the rear.

The E8 will sport the same 5-inch Full HD display and the same Snapdragon 801 processor and 2GB of RAM. The pricing of the device is expected to undercut that of the Samsung Galaxy S5 which has been steadily receiving price cuts since it was lauched.