How important is a selfie? We reckon you ask Sony. 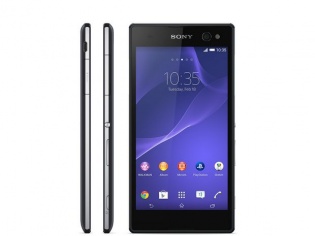 Sony has announced its first selfie smartphone, the Xperia C3; which is built for taking crystal clear selfies for the audience that demands it. The mid-range handset that looks a lot similar to the recently launched Xperia T3, comes with 5 MP front-facing camera and an LED flash to ensure that selfies look awesome, no matter which lighting condition you are in.

The handset comes with 5.5 inch 720p Triluminos display that is powered by a Snapdragon 1.2 GHz Qualcomm quad-core processor with 1 GB RAM and 8 GB internal memory. The internal memory is expandable up to 32 GB micro SD thanks to the presence of a memory card slot. Also included is a large 2500 mAh battery to power all of the above.

The camera-friendly smartphone is powered by Android KitKat version 4.4 and includes the standard suite of Sony apps. It also includes dual SIM functionality and supports 4G/LTE bands as well.

The Xperia C3 will be available in black, white and mint and will launch globally from August 2014 starting with China as the first launch market.