While we are ready to wait for the launch of the first Android Wear-powered device, leakers apparently cannot. 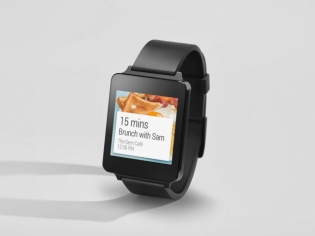 While Pocket-Lint had its first go at the world’s first Android-powered smartwatch, leakers clearly cannot wait to reveal more details about the same. An LG G Watch image has appeared on imgur (a photo-sharing website) giving us a little more information in the form of an Android app installation.

Apparently while all of us thought that Android Wear-powered smartwatches would come with native support from Android smartphones, it may not be the case. The image shows the watch on a table connected via a USB cable to a PC. The watch appears to be prompting the user to install an Android Wear app on his/her smartphone as well, indicating that Google’s next Android OS smartphone update will probably not support Android Wear devices out of the box as expected. The image tagged as the B 165 sports a blue rubber strap, which may be an indication that the smartwatch will be available in more shades other than the currently advertised black and white.

Whatever be the claims, hopefully all of these would be put to rest if Google announces its range of Android Wear-powered smartwatches in the upcoming Google I/O next week.