Home » Mobiles » Nokia’s Z Launcher For Android Will Help You Access Everything In On...

Nokia’s Z Launcher For Android Will Help You Access Everything In One Second | TechTree.com

Built for a limited number of Android devices, the launcher will deliver a constantly changing homescreen experience. 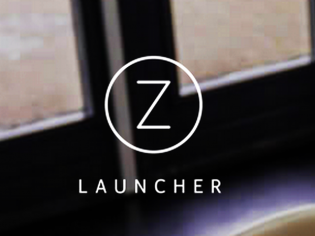 In a surprising move, Nokia has developed and released a unique Android launcher that will let you access almost any app in your Android handset by simply writing out the first two letters on the homescreen.

It is an interesting move, because Nokia had shunned Android for a very long period, which was one of the reasons of downfall, and is now releasing a launcher for the platform.

The launcher uses your location, time of day and who you were last talking to display a number of apps and suggestions that you will most likely launch or contact. What this results in is a constantly changing, adaptive homescreen which will keep things refreshed and relevant, while reducing the amount of time it takes you to get to each app.

Of course the most prominent feature of this third party launcher made by the Finnish company is that you can launch almost any app by just writing out the letters on your homescreen. This works for both apps on your phone and even if you want to search for stuff online; something that is similar to the Panasonic P31’s Gesture Play.

We tested the launcher on a Nexus 5 and apparently the phone’s letter prediction works pretty well. It can clearly recognize the difference between an alphabet and a nonsensical scribble and will not launch anything when it sees the latter. In terms of design, the launcher looks very minimal and looks similar to Jolla’s UI which explains the Finnish connection.

If you were wondering about the Nokia and Android bit, basically Nokia was pretty much interested in Android as an OS alternative. Then came along the Microsoft influencer (Stephen Elop) and basically managed to brainwash Nokia into selling itself to Microsoft.  The guys who built the Z Launcher belong to the group that stayed behind and still work with Nokia on tiny projects like these.

The Z launcher still has a long way to go according to Head Designer Brook Eaton. The company is planning to integrate smarter features like the phone going to silent mode when it connects to your office Wi-Fi (stuff that we have already seen on other launchers).

For now, Z launcher is only available for the GALAXY S4, S5 and the Nexus 4 and 5 smartphones. Also you will have to head to their website to give it a shot as the app has not been published on Google’s Play Store yet. All you will need to do is sign in through your Google+ account, download the .apk file and then tap to install from your Downloads App.