With so many 15-second videos being sent to and fro expect your iPhone to fill up pretty quickly. 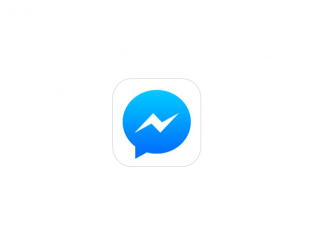 It was just recently that Instant photo sharing made its way on to the Windows Phone version of Facebook and now the iOS app gets another brand new feature. Facebook has now pushed out another update giving the iOS community the ability to send instant videos.

Facebook had recently delivered an update for the Messenger for iPhone app which apart from instant photo sharing also gave iOS users the ability to play video inside the chat window itself. Facebook was probably up to something back then, and now we have instant video sharing.

The videos however come with a 15 second limit. This is good because iPhones already come with limited memory and if you happen to send instant video too often, you will end up with a low memory message.

Sending an instant video message is fairly simple. You tap the camera icon and the viewfinder opens in place of the keyboard. All you have to do is play tap to click a photo or hold the send button down for recording video.

It was just a few days ago that the social network mistakenly published the Slingshot app on the App Store which allowed users to send disappearing self-destructing photo and video messages. Looks like Facebook had other plans to launch something better for its messenger before launching another app/ service altogether.