The refreshed software is said to improve phone’s performance. 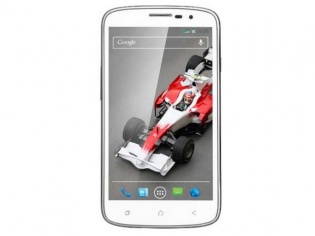 Indian smartphone brand XOLO has released the Android KitKat update for its Q1000 Opus smartphone. This makes it the first XOLO device to receive an Android KitKat update. In case if you don't know, the Q1000 is based on Broadcom's quad-core chip. It was launched in December 2013 with Android 4.2 Jelly Bean. Initially, the phone was so buggy that it made MediaTek phones look stable. Later, XOLO rolled out a software update to patch a few bugs. Hopefully, Kitkat will get rid of the performance woes.

The update is available through OTA and can also be downloaded from the company’s website, www.xolo.in.
List of enhancements and changelog is as follows:

XOLO also plans to release the Android KitKat update for its existing smartphones such as Q700S, Q1010i, Q1010, Q3000 by next month. You will also see new XOLO handsets to flaunt Kitkat out-of-the-box. On a related note, it’s strange that XOLO has managed to roll out Kitkat for its sub-10k phone, while Samsung has cited insufficient RAM (1 GB that is) on the GALAXY S III to deny the Kitkat update.