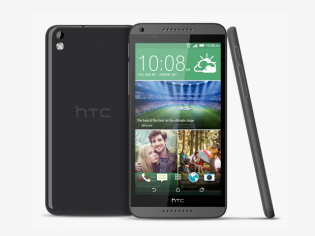 After launching the flagship specd HTC One (M8) today, HTC had a few more announcements to make. The company finally took the wraps off one of the long-awaited handsets that covered the mid and budget range, the HTC Desire 816 and the Desire 210.

The mid-range HTC Desire 816 has starred in numerous leaks months before its worldwide launch at the Mobile World Congress 2014, in Barcelona. The phone comes with some really interesting hardware specs and an elegant yet simplistic external design. The phone’s body has been made out of plastic to keep costs down, yet HTC has done a great job by keeping the design of the large, 5.5 inch screened handset simple and handy. 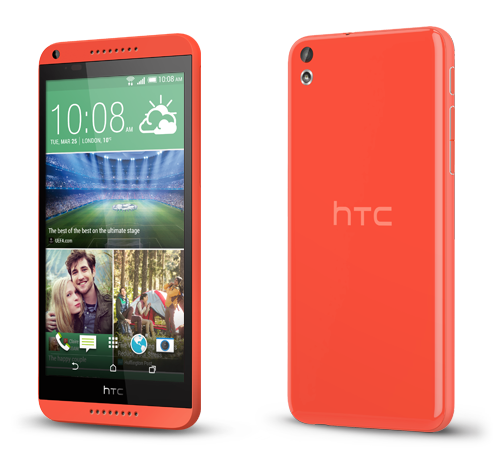 On the front the 5.5 inch (1280 x 720 pixel) Super LCD2 display is flanked on both sides by HTC BoomSound speakers which is a welcomed introduction for this segment. The front-facing camera is large 5MP one which should be more than enough for taking all those loony selfies. On the back is a 13MP camera with an LED flash and a large 2600mAh non-removable battery unit which should power the handset for an entire day. Inside is a 1.6GHz, quad-core, Qualcomm Snapdragon 400 SoC with an Adreno 305 powering the graphics. The phone comes with 1.5GB of RAM and 8GB of internal memory which is expandable via a microSD card. Like most mid-rangers today, HTC has also included dual SIM slots with dual standby. The phone is powered by Android KitKat version 4.4.2 and is currently running HTC’s Sense 6.0 skin over it. The lower-priced budget handset that HTC launched along with the One (M8) and the Desire 816 was the Desire 210. The Desire 210 is a budget device which comes with a smaller 4 inch 800 x 480 pixel capacitive display and sports a 1GHz dual-core processor and 512MB of RAM. The phone comes with a 5MP camera on the back and 0.3MP camera on the front. All of those 5MP shots will be saved to the 4GB of internal memory which is expandable up to 32GB via a microSD card slot. The dual SIM phone is powered by Jelly Bean Android 4.2 and comes with a smaller 1300mAh battery.

The Desire 816 comes in Black, White, Red, Green and Purple and is priced at Rs 23,990 which is somewhat near its competitor the Sony Xperia T2 Ultra. The Desire 210 on the other hand comes just in one Black textured finish and is priced at Rs 8700. Both phones just like the HTC One (M8) will be available for purchase in May.