Sony Pushes Its Xperia Z2 Launch Date To May

Should be really worried as its two biggest competitors have already launched their flagship devices. 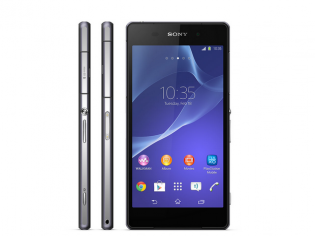 Sony’s mobile division must be really worried right now. The company had announced their flagship device at the Mobile World Congress (MWC) back in February and still has trouble launching the Xperia Z2 out into markets. The Xperia Z2 was even heralded as one of the most innovative devices at the MWC this year and has since then been receiving positive reviews by reviewers for finally hitting the sweet spot.

The Xperia Z2 is definitely a big improvement over its successor the Z1 which had many software and hardware related flaws. In fact Sony has been tirelessly promoting the product but is unable to deliver it thanks to manufacturing roadblocks.

But now after having a number of component sourcing issues, Sony has finally re-launched its pre-order page for some of the European countries. This will come as sign of hope for Sony fans as they can be assured of a launch date. Moreover, deliveries are expected to happen at the beginning of May which is just a few weeks away.

Sony finally made a product that the world loved, but those perspective buyers are finally giving in to the HTC One (M8) or the Samsung Galaxy S5 which will have already started hogging up sales worldwide. Let’s just hope that Sony does not delay their launch dates any further as doing so may cost them dearly and make Sony fans move to the ‘next best thing’.