Home » Mobiles » Huawei Eats Its Own Words; Says It Will Not Release Dual-OS Smartphone...

Huawei Eats Its Own Words; Says It Will Not Release Dual-OS Smartphones | TechTree.com

Huawei Eats Its Own Words; Says It Will Not Release Dual-OS Smartphones

Google and Microsoft get to Huawei before its dual-boot smartphone could become a reality. 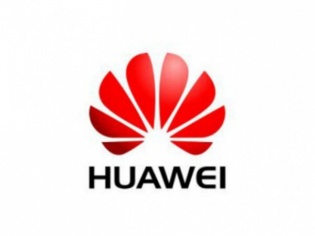 A few days ago, The Wall Street Journal reported that Google and Microsoft were out to quash dual-OS devices running Windows OS alongside Android. Today, the Chinese phonemaker Huawei announced that it has no plans to release any dual-boot smartphones running the rival operating systems.

"Huawei Consumer Business Group adopts an open approach towards mobile operating systems to provide a range of choices for consumers," the company said in a statement to FierceWireless. "However, most of our products are based on Android OS, [and] at this stage there are no plans to launch a dual-OS smartphone in the near future."

This statement is a clear contradiction to what Shao Yang, CMO of Huawei, said at the Mobile World Congress in February. "With Windows Phone, one direction for us--and one that we are now following--is dual OS. Dual OS as in Android and Windows together," he said. “If it is Windows only, maybe people will not find it as easy a decision to buy the phone.”

Yang's earlier statements points at a reluctance of customers opting for phones running Windows OS on a standalone basis. As of now, most of the company's products run on Android, but it will continue to work with Microsoft in the future.

"Microsoft is still a key global partner of Huawei Consumer Business Group. As long as the consumers continue to demand Windows, we will continue to supply them," said the company in a statement. It added that Huawei plans to launch new Windows Phones in 2014.

Huawei isn't the first manufacturer to give in to Google and Microsoft's demands. Even Asus, one of the few OEMs that is already shipping dual-boot devices has said that it will not launch its recently showcased Transformer Pad and will pull two other devices already running both the operating systems from the market.