Moto 360 Smartwatch: A Modern Twist To An Age-Old Accessory | TechTree.com

Moto 360 Smartwatch: A Modern Twist To An Age-Old Accessory

Will be available for purchase in the US as early as this summer. 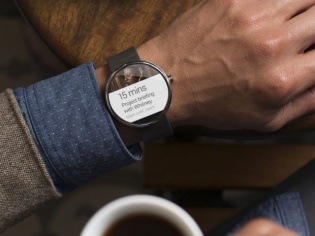 After Google announced its Android Wear, Motorola did not want to hold back. We were impressed by the technology shown in the promo video, but what's more awesome is the elegant design of Motorola's latest smartwatch Moto 360. The company released a video revealing how much effort went into creating this gadget.

Going by the press images, the styling looks stunning. We assume, Motorola must have spent a lot of time working on this project. In a way, it's reminiscent of the Moto Aura, which had a circular display and metal body. It goes to show that Motorola has not forgotten the pre-Apple era — a time where every new release had a different form factor. The Moto 360 will begin selling in US this summer and hopefully we will see a global launch later this year.