Unlike it's predecessor, the Grand 2 sports some usable, non-outdated hardware. 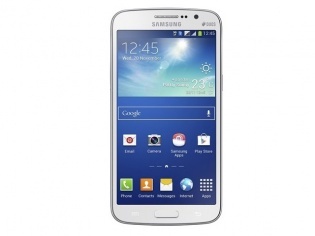 Samsung’s best-selling phone, the Galaxy Grand - the phone we love to hate, gets a much awaited and decent upgrade. And it will be available in India in the first week of Jan.

Everything else remains pretty much the same. However, some features from the S4 and Note have been ported to Grand 2 like Multi-window support, Sound & Shot, Group Play, and S Translator apps. You also have access to 3 months of free movies, music, TV shows at Club Samsung.

Samsung is still trying to decide on the price, but it will be between Rs 23,000 and Rs 25,000. Keep it cheaper Samsung, you are already treading a bit too close to some extremely popular and powerful phones in that price bracket, namely Google Nexus 4 and Nokia Lumia 925. Nevertheless, we are happy that finally Samsung has launched a “Grand” that should have always been.