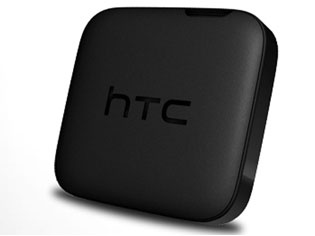 After spending a whopping Rs 56,490 for a phone, you'd want to do everything in your power to make sure it doesn’t get lost/stolen. HTC knows that, and has unveiled something called as HTC Fetch along with its pricey new handset HTC One Max.

The tracking device, HTC Fetch, makes use of GPS (Global Positioning System), Assisted GPS, and mobile-tower triangulation technology to ascertain a phone's location. The device, which is worth Rs 2500, as reported by DNA, when paired with HTC One Max's fingerprint scanner, makes it fool proof. That said, this tracker will work only with the One series handsets. Once connected wirelessly, the device and handset will begin ringing if the phone is 10 metres away from the owner, and an e-mail with the phone's location on Google Maps will be fired.

I'm not sure at that price point many people would actually want to buy the HTC One Max, let alone buy a tracker device that expensive as an accessory. On the bright side, this is a cheaper and more useful accessory than what Samsung has to offer with its Note 3 device.