Duh, my brain is bigger than yours. 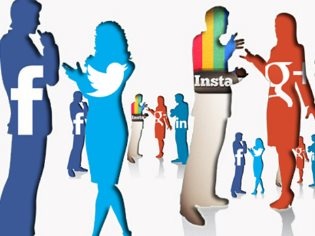 A page from the latest pseudo-scientific study suggests, "The more friends you have, the more grey cells you possess", well at least in some regions of the brain. Study was conducted by MaryAnn Noonan, a neuroscientist at Oxford University.

Sounding as bogus as it does, apparently it may not be too far from the truth. "Research in macaque monkeys has shown that brain areas involved in face processing and in predicting the intentions of others are larger in animals living in large social groups than in ones living in smaller groups", source Jagran.

Researchers from University of Oxford conducted this research on 18 people, yes you read it right, a whole group of 18 people. Downsizing/department cutbacks affecting them too? We wonder. In any case, the research is obviously ongoing and not conclusive; however it does bring in interesting observations, such as increased connectivity between brain regions specifically affecting the anterior cingulate cortex and the dorsolateral prefrontal cortex, whatever those are.

As far as men go, we’d prefer more substantially conclusive studies such as, "More Facebook friends lead to more sex", or "More beer with more buddies, is great for the brain and bedding the ladies".