Feat significant since the release was restricted to US and Canadian territories—both Xbox strongholds. 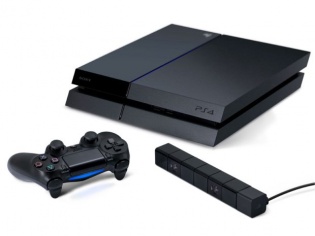 Looks like the curse of the third console is real. After the initial disappointment with the PS3, the freshly launched PS4 has showed some staggering sales figures. Sony's latest PlayStation has racked up a whopping million sales within the first 24 hours. This feat is even more significant since the sales are limited to the initial limited release in US and Canadian territory. Both have generally has been Xbox strongholds, mind you.

One can only imagine the number when the console finally achieves a wider release on November 29, when it launches in Europe as well as Australia. It seems Sony's estimate of three million sales by the end of the year should be achieved comfortably. The console manufacturer has been optimistic about the PS4's prospects—a fact that's clear from its statement to Bloomberg claiming that it has “adequate supplies” to achieve the five million sales goal by March.

Sony's spokespersons, however, are playing it modest. “This is a marathon, not a sprint, but getting out to a nice start is a good thing,” states Jack Tretton, President and CEO of the company's US arm. Tretton obviously is quite optimistic of the product: “That hurdle has been cleared. We’re very, very confident we’re in great shape”.

Interestingly, the recent rumours about Sony reneging on its promise to allow renting and resale of PlayStation games seems to have had no effect on the sales numbers. Microsoft, however, should be concerned since this is its third console. The Xbox One's wider 13-country strong rollout on November 22 should make a difference in the sales numbers game.