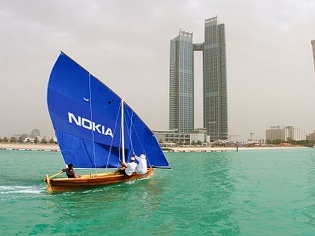 The Finnish handset-maker Nokia has announced its quarterly earnings. According to the company, the phone shipment volumes increased 4% compared to previous quarter. Nokia sold 55.8 million mobile phones in the third quarter. By selling 8.8 million Lumias, Nokia continued the upward trend in Windows Phone portfolio. Much of the credit goes to the Lumia 520 (known as 521 in US), which is quite popular among budget buyers. The biggest positive here for the company was that it finally achieved profitability after bleeding money for several quarters. On the other hand, the average sale price per device dropped from USD 212 to USD 196. That's probably due to the competitively priced smartphones.

As reported earlier, Microsoft has already finalised the deal to acquire Nokia's Devices and Services business for around $7.2 Billion. So even if the Finnish company is back to profitability, it's unlikely that Nokia will cancel the deal. Under the deal, Microsoft will also get access to Nokia's patents for 10 years. In all probability, this will be Nokia's last financial report as a phone manufacturer. Post-acquisition, the Finns will retain HERE maps and NSN businesses.