If they do decide to create dual boot phones, they may slightly modify their punchline to "Here's Two Change". 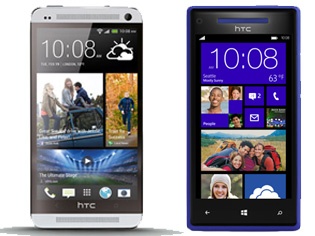 Microsoft, the proud owner of Nokia, is wooing HTC to not only make more Windows Phones, but actually offer Windows as a second boot option in their future Android phones too.

Terry Myerson, head of Microsoft’s operating systems unit, asked HTC last month to load Windows as a second option to Google's popular Android OS. Microsoft supposedly even discussed cutting or completely eliminating the licence fee, though no decision has been made yet, as reported by Bloomberg.

Why is Microsoft pushing Windows so hard in spite of Nokia buy out?
- Microsoft has 3.7 percent share where as Apple has 13 percent with Android at 79 percent.
- HTC which was number one in US has posted declining sales records $101 million in the third quarter
- HTC was the first to release Android and Windows based phones

If HTC does decide to come out with dual boot phones what would they be called?
Windroid
Andows
HTC Two
Desire 2X

Their tagline too can be slightly modified to "Here's Two Change".

If you can think of something whackier, do let us know in the comments section below.