Video explains how light is processed through the cameraphone. 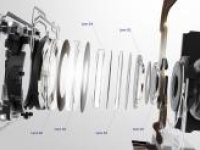 The camera-phone market seems to be heating up, as  after Samsung Nokia brought out a camera-smartphone into the market. The Nokia Lumia 1020 with its 1/1.2" 41 MP sensor and six element ZEISS lens setting with optical stabilisation, is quite a beast to boast of. Now, the Finnish manufacturer is all set to show off what's under the hood.

Nokia has released a video that explains everything about the Lumia 1020's imaging. Right from tracking the journey of light from the point it hits the lens, it takes  you through the six-element lens setup and optical image stabilisation to the display. Check out the vieo below for details: