Says it looks at photo quality rather than quantity; demonstrates that Lumia's camera is better. 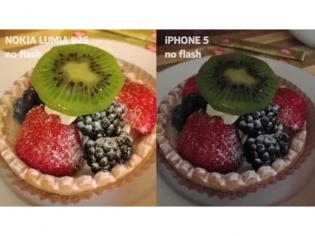 Nokia is at it again. After making fun of the iPhone's infamous red-eye camera defect, the Finnish mobile maker has released a new ad, parodying a recent Apple iPhone 5 advert. The video clip mocks the camera capabilities of the iPhone 5, comparing it unfavourably with the Lumia's PureView camera results. The iPhone ad starts with the narrator stating, "Everyday, more photos are taken with the iPhone than any other camera". The Nokia spot features the Lumia 925, which compares photos taken by the two flagship phones of the same subjects in various lighting conditions, with and without flash. Obviously, in each case, the Lumia outshines the iPhone 5. Here's the Nokia Lumia 925 ad:

And this is the original Apple iPhone commercial:

The Nokia Lumia 925 advertisement delivers a scathing "but at Nokia, we believe in building quality, rather than quantity". Mobile phone makers have been taking the integrated cameras seriously for quite some time, because of the convenience they offer due to the portability in a convergent device. Apps dedicated to camera-phones such as Instagram are also quite popular. It is little wonder that the camera has become one of the major USPs of mobile phones with every manufacturer trying to better the other to woo customers.