Various camera and battery enhancements are also on the cards. 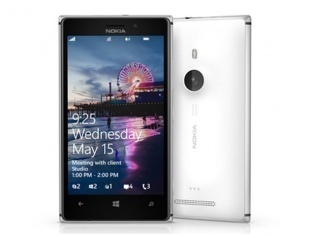 Earlier this year Nokia announced the Amber update for it's Windows Phone 8 handsets. Apart from the  the FM radio functionality (via the GDR2), it is also expected to offer Bluetooth 4.0 support for the Lumia 720, Lumia 620, and Lumia 520. The Amber update will also syncing with Pebble smartwatches.

The Chinese blog Blogjackphone says that the three Lumia Windows Phone 8 smartphones will also receive camera enhancements. Apart from dynamic improvement in colour saturation, the update is also expected to bring sharp photo/image viewability even when using the Zoom In feature. Also look for battery enhancements in the pipeline. The Bluetooth 4.0 driver support will help devices sync with Bluetooth Low Energy, which is extensively used in healthcare, fitness, and security industries.

The Amber update is expected to reach Lumia smartphones by August, but it is not clear whether it will roll out for earlier devices such as the Lumia 920.