Could this be the end of the deep social integration that was one of the hallmarks of the new desktop OS? 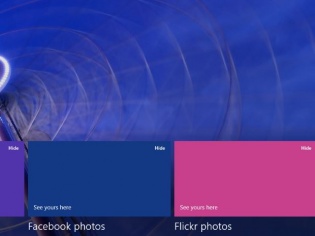 Microsoft Windows 8.1 packs in a lot of new features, but did you know that it takes away a few as well? The new OS update, which was launched a week back, will no longer let the Photo app pull images from Facebook and Flickr. The software giant seems to have decided since both services have dedicated apps to take care of this task. However, pre-empting this measure when the apps are still not available, will surely cause a commotion among users. A Microsoft spokesperson has said that the move was made because it was no longer felt necessary to have that integration as there will soon be apps for these services. He furthermore recommended the People app for engaging socially.

Microsoft's new operating systems — Windows 8 for desktop and Windows Phone 8 for mobile phones have been known for their deep social network integration. This integration has allowed for a seamless experience in social networking, which is unlikely to be derived from standalone apps for the same. With the impending update for Windows Phone on the anvil, we can only hope that the company doesn't do the same with the mobile OS as well. But with Facebook and Flickr apps already for WP OS, with FB having recently revamped and updated it with a new interface, we think that this may just happen.