Home » Mobiles » HTC Teases The HTC One With A Picture Of Asia's Largest Slum!

HTC Teases The HTC One With A Picture Of Asia's Largest Slum!

The much-awaited handset will launch soon in India. 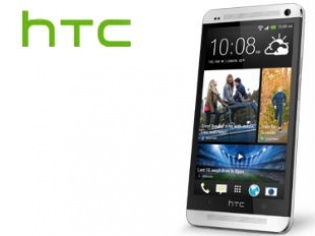 After Samsung's Mega announcement of a new larger-than-hands handsets series, it's now HTC's turn to show off its flagship HTC One Android phone. The brand put up a tweet hinting at an India launch soon, redirecting users to its Facebook page that flaunts a "bright sunshine" over Asia's largest slum area, Dharavi.

Whether this is a hint at how many phones HTC intends to sell, its pricing strategy (which is set at around 43K), or target audience, we'd never know, but one thing is for sure, its not about how many megapixels the phone camera packs in, its about taking the right pictures. For now though, here is the known list of specifications:

Mumbai greets us with a bright sunshine as we gear up for the HTC One launch! Stay tuned. #whatwillyoubringtolife facebook.com/photo.php?fbid… Update: The handset has been finally unveiled at a Reliance store in Juhu, Mumbai. For those using the HTC One with a Reliance GSM connection, you'll get 1 GB of 3G data free for 3 months along with free data usage on WhatsApp and Facebook. Plus these users can also stake claim to 3 month worth of free BigFlix subscription.