The device falls into the category of mid-range smartphones, and it has fairly decent technical specifications. 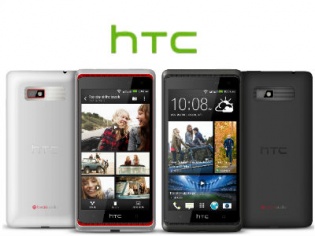 Update (26 July): HTC has officially launched the Desire 600 smartphone in India. The cost of the smartphone is Rs 26,860. HTC Desire 600 features the Beats Audio integration, and comes with BoomSound speakers.

Previously on 24 May: HTC has officially launched a new device in its Desire smartphone series, called HTC Desire 600. Classifying the smartphone as a mid-range device, HTC says that users can expect Sense 5 UI integration with the device. Another notable aspect about Desire 600 is that the phone is also equipped with front facing dual BoomSound speakers, and the Beats Audio integration.

Taken together, these aspects usually lead to sharper sound and loud music - and in India where loud music is enjoyed by the masses, we could have a "good" multimedia device in the HTC Desire 600. The HTC Desire 600 incorporates fairly good tech-specs:

HTC says that the Desire 600 would be available in markets from June 2013. However, the company hasn't yet announced pricing details. The Desire 600 has the potential to be a junior variant of the company's flagship HTC One. As HTC's mid-range smartphones (most notably Desire P and Desire Q) are known to have a fairly competitive pricing in India, we expect a pretty worthy price tag for the Desire 600 whose USP is its "Boom Sound Amplifier", and the dual-SIM support, dropping enough hints that the HTC Desire 600 is looking at markets like India.

Keep in mind, even though its screen is smaller at 4.5 inch, this phone's innards shares many similarities with the Karbonn S5 Titanium which is priced at Rs 11,500 but HTC may place their offering at double the price. Expect a very interesting scenario to play out, because it should theoretically be possible to transplant the operating system (or ROM) from HTC onto the Karbonn or vice versa; if at all either of the two provide Android updates before the other. Competing Samsung models in the dual-SIM space are the dual-core Galaxy Grand or the quad-core Galaxy Grand Quattro, both of which are priced around the 17k point and may well be a tough price to beat for HTC.