HTC One X, One X+ Get Heavy Price Cuts

The devices have started selling at new price tags. 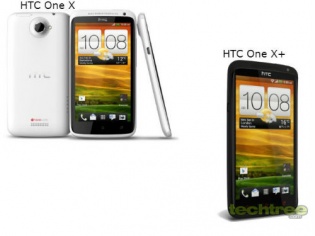 These are certainly large price cuts, could HTC now expect a marginal rise in market share in India? For starters, more retailers may want to stock these HTC phones, considering these models weren't available even to those who did want to buy them. This move may now help accommodate the new flagship release, the HTC One. HTC should re-think it;s strategy to produce these numerous models. It's like rabbits fooking and producing more rabbits who fook again to produce many more by the thousands. HTC should also improve its after-sales service. Visit any HTC Service Center (TVSE Express or Redington et al) in your city and the common refrain you hear for your not-so-old HTC model is "parts currently not available"; and "HTC has stopped support for this model" or "HTC no longer produces parts for this model" for models older than 2-3 years. Just producing phone models like rabbits and leaving their customers in a lurch to fend for themselves (in terms of service) after a couple of years is absolutely dumb.
Submitted by Vinny the Boo on Wed, 10/04/2013 - 20:05
News Corner