These Google+ tweaks are expected to be rolled out gradually to all users.

Google has never been one to fight shy of an arms race, and is now doing the same for its social network. The company has announced a number of tweaks and updates to its social networking site Google+, just ahead of Facebook's event where FB is expected to showcase a new-look News Feed. Google+ users will now notice changes to the way their profiles are displayed.

Says Google's Sara McKinley in a post, "We spend lots of time listening to your feedback, and today we're launching some profile and page updates that you've been asking for."

The key changes Google has given to Google+ users are: 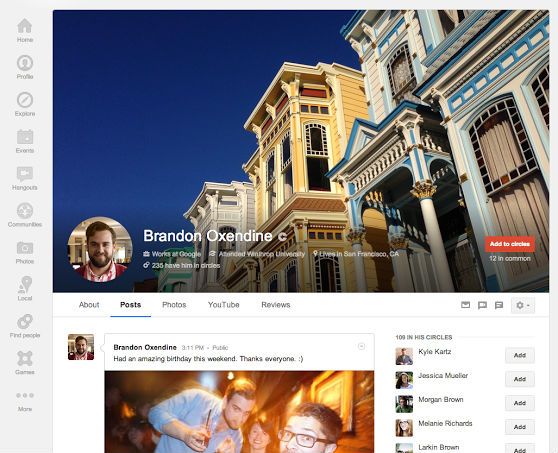 Google says that these changes will roll out gradually. I haven’t yet noticed the changes in my Google+ page, at the time of writing.

Just where does G+ stand in relation to Facebook? In January this year, Google+ had risen to the number 2 spot in terms of number of monthly active users throughout the world, and recorded 343 million users in January.