Home » Mobiles » Half Of Canadian Pre-registrations For BB10 Devices Came From Android ...

Could BlackBerry sway users away from other platforms? 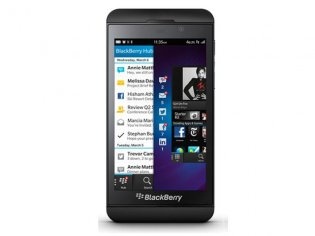 A few days ago the mobile space saw the re-entry of Canadian smartphone maker RIM (now renamed BlackBerry) with their latest phones running the revamped BB10 operating system. Although both the devices which were launched offer decent hardware, we have been skeptical of their success.

However, according to a recent report from Canadian investment banking firm, CIBC, 50 percent of the pre-registrations in Canada for BlackBerry's BB10 devices may have come from Android and iPhone users. A point to note is that this is based on their preliminary analysis. If this turns out be true, this would certainly be good news for the troubled smartphone maker. One would presume that the biggest problem for Blackberry, which very quickly lost market share over the last couple of years, would be getting customers from other platforms which have proven to be more in tune with the times.

If the report is to be taken at face value, it prompts certain questions: Have iOS and Android got too predictable and become boring ? Is the smart phone game (and by extension, rest of consumer technology) more about something new  rather than something proven to be good? How are swatches of iOS and Android users trusting a company that is not only yet to prove a come back, but is also up for sale?

Counter point: The thing with numbers is that, when viewed in isolation, it is often open to interpretation. One can of course argue that it should come as no surprise that half the pre-bookings for the new BB10 devices come from iOS and Android users, since a lion's share of the smart phone market is anyway composed of these two platforms. In any market, you will always find users looking for a change, so this revelation should not come as a surprise.

[With inputs from Rizwan Memon]