Home » Tablets » iPad mini Teardown: Should It Really Cost This Much?

iPad mini Teardown: Should It Really Cost This Much? 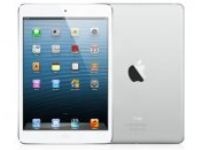 For those of you wondering just how much of the money you pay for your gadgets goes towards the actual hardware, here are some new figures. Case in point: The new iPad mini is estimated to cost Apple about $188 (Rs 10,300), which is 57% of the selling price of $330 (Rs 18,000). A report by IHS (previously known as the teardown website iSuppli) has revealed this number, taking only hardware costs into consideration. Of course, there's very significant investment that companies like Apple and Microsoft make in supply chains, extensive testing (despite which bugs show up now and then), OS development, industrial design, etc. Marketing spends are another expense for the biggies (which don't translate to the ownership experience, but that's another discussion for another day).  As reported on WSJ.com, the above mentioned figures are for base model with Wi-Fi and 16 GB storage: The 32 GB and 64 GB variants increase cost to the manufacturer by $31 (Rs 1700) and $62 (Rs 3400) respectively.

Elaborating on the iPad mini, the report further reveals the names of manufacturers who supply parts for the iPad mini. If you have read this far, you are probably wondering more now than before, whether the price of some of the premium gadgets is worth the money or not. More so, considering products from lesser known manufacturers with similar form factors and computational power are available for less than just the hardware cost of these premium devices. If a well speced 7" Android tablet costs Rs 10,000 (that's a safe estimate), just how much extra are you willing to pay for a better screen resolution and few lesser bugs? Let us know through the comments.

Exactly my point, the article talks about this. Btw, I think you must upload your avatar image again as it is not visible.
Submitted by Jayesh Limaye on Mon, 05/11/2012 - 18:46
News Corner