Windows Phone 7.5 handset features a 5 mp camera and 4 GB of storage; will launch next month. 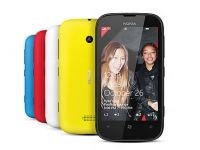 A couple of weeks ago, we said Nokia was readying an entry-level Lumia handset. The speculation was accurate enough; Nokia has officially announced the Windows Phone 7.5 (Mango) based Lumia 510. The handset sports a 4" display and is affordable as well. There's been not much info about the CPU, except that it's based on Snapdragon's S1 chipset. Here's the list of specs confirmed by the manufacturer.

The Lumia 510's relatively large screen will definitely give it an edge over its competitors. However, I think the low storage (4 GB) will turn off many potential buyers. Snapdragon S1 and 256 MB of RAM sounds underwhelming too, but that might be enough to handle the WP platform. The Nokia Lumia 510 will be available starting November in India, China, and South America. According to the manufacturer, it will be priced at around $200 (approx Rs 11,000).