The channel will give you a peek into rare speeches, live broadcast, news, and music, among other things. 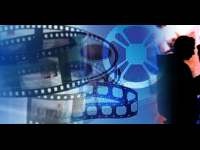 As the world goes high-tech, and as much of India goes high-tech too, Indian government agencies are taking baby steps to digitisation. The PMO recently got on Twitter, and the Maharashtra government plans to digitise its offices. Now, after force-feeding digital TV to users, the Information and Broadcast (I&B) Ministry has finally done something more productive: They have uploaded some amazing videos to their official YouTube channel. It has well over 300 of them, and the channel is gaining a strong fan following.

A YouTube channel will also help the ministry promote its schemes; this is similar to ad-supported apps on smartphones. Uday Kumar Varma, secretary of the I&B Ministry, admits: "You can say some of the content is promotional. But promoting programmes and schemes is one of the jobs that a government has to do. It informs, educates and empowers the common man. But what we are attempting to do is to provide something of interest to all kinds of people — researchers and journalists, music fans and film buffs, historians and activists, artists and professionals".

The channel is a treat if you're interested in Indian classical music, historical speeches, and old documentaries. For example, you'll find AIR sound archives, a documentary on Chandrashekhar Azad, audio pieces by Pt. Rajan Sajan Mishra...

More videos will be digitised in the coming months; here's hoping that some of these gems will be enjoyed by later generations as well!