Introduces new models in the Sleekbook and ENVY laptop line, LED monitors, and PCs for work and pleasure. 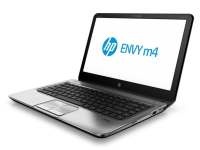 US-based computer giant HP seems to be on a device-unveiling spree ever since IFA 2012. Over the past few weeks, we have seen several Windows 8 gadgets, including new ENVY and Spectre notebooks, as well as a range of AIO PCs. Yet, the new arrivals don't seem to show any signs of stopping. The latest announcement isn't a proper launch as such, but rather an expansion of HP's current lineup. As is typical of the brand, it has remained tight-lipped about detailed technical specifications. Let's have a look at these devices one by one.

ENVY m4
This high-end laptop has a brushed aluminium design with an optional keyboard backlight and features a 14" HD display. Running Windows 8, it packs in a third-generation Intel Core processor. Here are the other known features: ENVY Phoenix h9
This gaming system is a revamped variant of the ENVY Phoenix h9 desktop tower. It has a distinct armour-plated design lit up with LEDs. The desktop tower is powered by a third-generation Intel CPU and gives the user discrete NVIDIA or AMD high-performance graphics options. Other features include:

The HP ENVY Phoenix h9 starts at $900 (approx Rs 49,000) and is expected to be available in the US on 26th October. Note that since this is just the tower (system case), all other peripherals — including the monitor, keyboard, and mouse — will have to be bought separately. Compaq Pro 6305
This microtower PC has been made to cater to the needs of business users on a budget. The computer is powered by AMD's latest APU A10, A8, A6, and A4 processors, and employs AMD Turbo Core 3.0 technology for improved system performance. By default, the system will come preloaded with Windows 7 Professional. Let's have a look at the other features:

The HP Compaq Pro 6305 starts at $540 (approx Rs 29,000) and is expected to be available worldwide on 8th October with Windows 7. Windows 8 versions will be available at a later date. As usual, a monitor and other peripherals will have to be bought separately.