Move comes after mass exodus of northeast-origin people from cities due to rumours spread through messages. 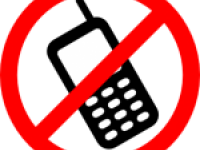 The government has imposed a ban on bulk SMS and MMS messages for 15 days, after northeast-origin people based in Bangalore, Pune, and Hyderabad started fleeing back home following rumours that they would be attacked. These threats originated from and were widely circulated through text messages. Despite the government's efforts, it has been unable to determine who started this hoax.

"We will detect those who are spreading rumours. Those responsible for the exodus from Bangalore will not go scot-free", claimed union Home Secretary RK Singh, according to IANS. He added that the situation in Bangalore was in control after security forces were deployed and authorities held meetings with various communities.

Over the past few days, stories have been spreading like wildfire in cities that people from the eastern regions of the country would be attacked after Eid (20th August) to avenge the recent ethnic violence in Assam in which more than 74 people were killed. Following these rumours, over 5,000 students and professionals started rushing back to their homes from Bangalore.

In Maharashtra, state Home Minister RR Patil claimed that social networking sites were being misused to spread rumours pertaining to the situation, and action would be taken against those responsible. After instances of violence in Pune against students from the east, police in the city said that they were trying to work with Google and Facebook to remove doctored images of ethnic violence circulating on these sites, which seemed to be fuelling the violence.

However, the police should refrain from banning social networks completely, as it will only result in a backlash, as seen in the past. Instead, it's high time the police and government machinery became tech-savvy and used the power of social networking to counter rumours and relay facts. In this case, they could do well to learn a thing or two from Narendra Modi.

What in your opinion is the best way to counter hoaxes and false propaganda? A complete blackout of communications, or a counter-campaign? What are the benefits and drawbacks of each approach? Let us know in the comments.

The government has ended the rule today with immediate effect.
Submitted by Badri 'BADJAG' Narayan on Thu, 30/08/2012 - 20:28
News Corner