The L-Series is a full-touch phone with a 2.1" wide display, while the N-Series has a 2" wide screen and modified QWERTY keypad. 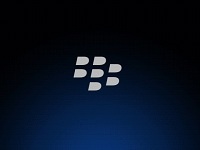 A few BlackBerry 10 OS phones were leaked last year in the form of devices such as the London and Milan. The Milan was subsequently shelved, while the  London continues to remain a mystery. However, it seems like the company was merely using those names as a code for something entirely different. An internal RIM document accessed by N4BB.com shows two new BlackBerry models, though these are merely renders.

Believed to be a highly confidential document that has been in and around RIM, the information has nevertheless managed to leak out. The L-Series, according to the leaked document, has a 2.1" wide full-touch display, with pixel dimensions of 1280x768 (356 ppi). The N-Series, which is codenamed Nevada, is believed to retain the original BlackBerry QWERTY keyboard in a slightly upgraded form. The display is said to have pixel dimensions of 720x720 (330 ppi), and is rumoured to be 2" wide.

It has to be said that the L-Series was expected ever since RIM had announced that the first BB 10 OS smartphone would sport a full-touch display. The N-Series seems to have come as a surprise though, even catching alpha testers of the OS off-guard.

The bottom of the image mentions that the initial units will feature OLED display panels, but future models could sport LCDs. This indicates that RIM will be looking to roll out cost-effective BB smartphones with upgraded hardware in the future.