Home » News » The Battle of Security: iOS13 Versus Android 10

The Battle of Security: iOS13 Versus Android 10 | TechTree.com

The Battle of Security: iOS13 Versus Android 10

While the iOS has set the trend, Google has gained ground in the past and could outsmart Apple with the Android 11 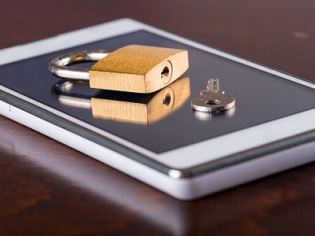 In the battle between Apple fanboys and Android geeks, the one area where the former could always win was in the matter related to security on operating systems. For several years now, the iOS has managed to keep its reputation in tact as the most secure operating system in the world, but recent developments on the Android fronts suggests that the ground is leveling.

At a time when data privacy and security have assumed centerstage in every narrative around technology, both iOS 13 and Android 10 have upped the ante by giving users more control over their phone and data. They provided control on how apps access data, way to stop them from scanning Bluetooth and Wi-Fi networks and new sign-in processes for third-party apps.

With Android 11, currently available for developer preview, suggesting major improvements it is time for a quick review of what these two operating systems offer and how they compare when it comes to keeping your smartphone and data safe. Apple has a big lead over Android when it comes to broadcasting updates to the OS, given that it has better control over the carrier network contracts and code to make it happen swiftly and effectively. While open-source proponents complain about the lack of customization on the iOS, the fact remains that this helps iPhone users remain secure without having to worry about malware outbreaks.

However, Android is not far behind as last year Google’s senior director for Android Stephanie Cuthbertson had told Google I/O attendees that Android devices would get regular security updates in an automated fashion unlike now when users need to await release and reboot the device when they come.

However, there is still the matter involving OS updates as manufacturers and carriers often release their customized versions of Android at their convenience. Given the challenges that users face due to mobile malware around Google Play Store, it should become a priority for Google to push security updates across devices and networks to make them effective. For years, Apple used to crow about how the iOS kept apps under check while claiming that Google was way behind and was granting excessive permissions to apps on accessing the phone’s data and then leaking it. However, this myth got busted when researchers at Positive Technologies (click to download the report) found that iOS apps had more security weaknesses than reported.

Today, the iOS 13 uses the sign-in tool to ensure that iPhone uses one’s Apple ID and not the email address to verify credentials while logging into apps. It means that one doesn’t require to use Facebook or other email accounts to log in. Android appears to have followed suit by having a dedicated Privacy section on its Settings that allows users to monitor and block permission requests from apps.

Though both the operating systems now have control over permissions, there is still some concern over malware apps that do not require any and often ride on other apps to which one has given permissions. Last July, researchers found that more than 1000 apps on Google Play Store were stealing user data!

Once again iOS 13 set the trend by allowing users to share photos without sharing their locations and ensured that apps that did not require one’s location weren’t using nearby Bluetooth beacons or Wi-Fi points to do so surreptitiously. Now both operating systems are offering users the option to remove data trail when users upload images to social media, over email or even via messages.

Both the operating systems now operate permissions at a more granular level whereby users can either deny permissions completely or accept them in toto or use the option of letting the app access the location data only when one is actually active on it.

It must be said that Google is fast catching up with Apple on the securities front and it may not be long before Tim Cook may have to change his billboards where he proudly proclaims that at Apple one’s data remains one’s own.