Home » News » Google Gives a First Glimpse of Its Android 11

Google Gives a First Glimpse of Its Android 11 | TechTree.com

Google Gives a First Glimpse of Its Android 11 If you happen to own a Pixel phone from Google and are the nerdy type who loves playing around with new software, just click here to download the Android 11 mobile operating system that the company is currently working on.

Of course, one isn’t privy to the launch dates for the next version of the world’s most used mobile software. But, the fact remains that Google developers are working feverishly on the Android 11, which they decided to open up to developers for a preview almost a month earlier than they are wont to do with previous launches. The previews would work with Pixel phones and would be available as a download for developers. A public beta version may be on the anvil sometime in May, coinciding with the developer conference (Google I/O) that Google organizes. Some of you may have noticed that Google has moved away from christening their mobile OS since the Android 10.

The company shared their preview note on the developer blog but asked users to refrain from downloading the preview files on their main phones. The preview, which is available on all Pixel models after the first one, can be installed manually after downloading the factory image of the device. And in case, you’re done with the testing for some reason, just go to factory settings and reset the device.

So, what could one be previewing? Writing in a blog post from Dave Burke, VP of Engineering, says: “We’ve added multiple new features to help users manage access to sensitive data and files, and we’ve hardened critical areas of the platform to keep the OS resilient and secure. For developers, Android 11 has a ton of new capabilities for your apps, like enhancements for foldables and 5G, call-screening APIs, new media and camera capabilities, machine learning, and more.”

Besides new APIs for 5G connectivity and improvements for enterprise users, the messaging service also gets a makeover in Android 11 besides wider access to the Bubbles feature that debuted on the Android 10.

In addition, the company appears to have once again taken a leaf out of Apple’s book on user privacy and permission options by including a one-time privacy feature. “For the most sensitive types of data - not just location but also for the device microphone and camera - users can now grant temporary access through a one-time permission. This permission means that apps can access the data until the user moves away from the app, and they must then request permission again for the next access,” Burke says. 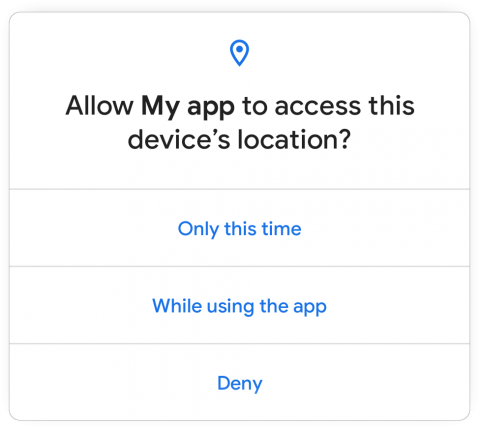 On the 5G front, Baker confirmed that Google was indeed updating and enhancing the existing connectivity APIs so that users can take advantage of enhanced 5G speeds. He speaks about two specific APIs that allows users to check if the connection is unmetered so that they can use higher resolution or quality with more data. There is also a bandwidth estimator API that allows to auto-estimate downstream and upstream bandwidth without polling the network.

Looks like Android has really taken all the feedback it received from the time of the Android 10 launch last September.