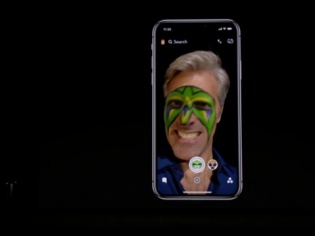 Ever since the fingerprint and face-ID based authentication arrived on the smartphones, these new technologies have been facing scrutiny on how hacker-proof they could be. There were also intermittent reports of how the Galaxy S10 or Pixel 4 emerged with security flaws that allowed easy access.

However, come 2021 all of these challenges could be consigned to history as a German company is testing out live skin-sensing technology that would do a 3D scan of a human face and also check whether that face is actually made up flesh and blood of a living organism. The company that is in an advanced stage of trials is called Trinamix and it happens to be a subsidiary of chemical giant BASF SE. The company has already partnered with chip-maker Qualcomm to work on the algorithms that would make future 3D face-scanning possible in affordable smartphones.

Till date, we may have seen live-skin scanning in only James Bond movies, but the idea definitely merits attention as this extra form of verification could go a long way in adding security to the face-ID scanning process, already found on phones ranging from the iPhones from Apple and the latest Pixel range from Google.

These phones use a 3D map of infrared dots for security and in a few cases also make do with 2D photos as well. Trinamix claims that their technology also uses the same technology of a dot-projector and camera sensors but work with new algorithms. Additionally, it would also check backscatter on the reflected infrared to identify life in the skin.

Quoting Trinamix founder and CEO Ingmar Bruder, CNET.com says the technology recognizes materials through its camera by identifying the backscatter of infrared or lasers that get bounced off a 3D scan. So, essentially it assesses the light from the infrared dots used by existing smartphones to make more sensor readings.

So, Trinamix works by measuring each infrared or laser dot’s distance individually instead of the current technology that looks for a distortion in the overall pattern of dots. So, once the trials are successful, the new tech could be used on any device using 3D scans without having to change the camera configurations. At the moment, all trials are happening on Android phones and Trinamix hasn’t approached Apple in this regard, says Bruder who believes the technology could go way beyond just face-scanning and could find uses in cars being able to detect living drivers and not start until the seat belt gets fastened.

It could also find uses in factories and warehouses where as part of automation robots need to pick up specific objects by decoding the material besides even assisting computer vision programs to train faster.

Looks like this piece of technology could convert sci-fi into reality sooner than later though there is little doubt that the thought of identifying live skin does sound creepy to start off with. But, if it could enhance digital security, why not?