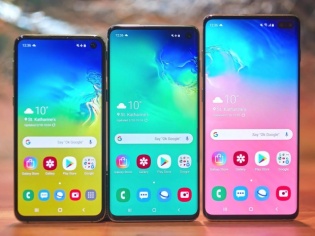 The Samsung Galaxy S10 hit the markets way back in March. And it took an innocent experiment by a British couple to land the Korean giant in a hugely embarrassing position. And all it took was a three-dollar screen protector, which when installed seemed to not care about which finger or whose finger was on the touch node that required to be unlocked.

The issue which was reported by the Sun in the UK through a video of the couple, attracted immediate attention though Samsung harked back to its view that only authorized screen protectors should be used with their phone. Maybe, that’s the smart thing to say when one’s smartphone doesn’t exactly act in a very smart manner!

The company came out with a statement that it was aware of the case of the S10 malfunction and that a software patch would soon be on its way into these smartphones. Some analysts believe that cheaper screen protectors cause minute air bubbles that could be coming in the way of the fingerprint sensors working the way they should.

A report published on TechCrunch.com suggested that the air gaps could be interfering with the phone’s ultrasonic scanner. However, the company has been silent about the issue and barring the comment on issuing the software patch, it has said nothing about the flaw itself. Meanwhile, do we see Apple officials grinning from ear to ear in their offices?

Of course, they would! For, Samsung had proudly announced in March that the technology they used were amongst the best of biometric features and was engineered to be more secure than a traditional 2D optical scanner. They called it an industry-first Ultrasonic Fingerprint ID with sensors that reads 3D contours of the physical fingerprint in order to keep data safe. The technology even got them the world’s first FIDO Alliance Biometric Component certification.

And now this! What’s more, things got worse for Samsung when third-party companies including some major Korean banks recently asked users to turn off the fingerprint reader on their Galaxy 10 smartphones till such time as the issue finds a solution.

Which is what we would be telling our readers too. In case you happen to own a Galaxy S10 and have been using the fingerprint sensor, it may be a good idea to turn it off for the moment. There are other ways to lock your phone like the traditional number lock. Just revert to the old way till Samsung gets that software patch up and running.

At a time when Samsung is struggling with the fingerprint, Apple is sitting smug by removing it altogether and instead plumping for facial recognition to unlock the iPhone.