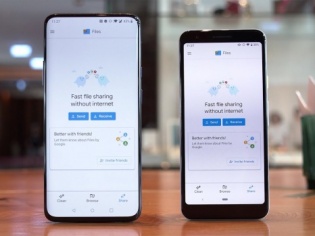 When Apple launched the AirDrop between two iOS devices, between two Mac computers or between a Mac and an iPhone using TLS encryption that makes it safe, the world sat up and took notice, though the typical Android fanboys pooh-poohed it off as just another feature that would have little value to the customer.

Over a period of close to nine years, the AWDL (Apple Wireless Direct Link) protocol, currently installed in more than 1.3 billion devices, has been trashed for a variety of reasons, none as critical as its security vulnerabilities that experts claim could track users, crash devices and worse still, intercept files transferred between devices.

Based on some smart reverse engineering of the AWDL protocol carried out by US and German researchers, the team of academics at TU Darmstadt and North-eastern University of Boston concluded that the system contains “several security and privacy vulnerabilities ranging from design flaws to implementation bugs enabling different kinds of attacks.”

Which is probably good bad news for the billions of Android phone users as Google is all set to launch its file share protocol, this time beyond their own Pixel series smartphones. A new hands-on video shared by XDA Developers suggests that Nearby Sharing (earlier called Fast Share) has resolved several usability quirks of its predecessor Android Beam.

It appears to have let go of near-field communication (NFC) in favour of Bluetooth in the latest protocol which means one doesn’t really require the two devices to be looking into each other’s eyes. And setting up the devices also appears simple as users need to just visit the quick settings menu on Android to get started. Also, users can restrict who can send a file besides allowing the phone to use data connection to assist the process. Looks like 2020 is going to be a year of the air drop (no pun intended) for smart devices as in addition to Google’s own attempt, there is also Samsung that is coming up with its own file sharing protocol between Galaxy devices. Called Quick Share, the feature is likely to be part of upcoming devices lined up for launch this year.

Just in case you thought that’s about all there is to this story, here is another bit that confirms our view that the next twelve months would render Apple’s hegemony in this area redundant. Xiaomi, OPPO and Vivo recently announced that they’re developing a peer-to-peer transmission alliance that allows users of these brands to share files across phones.

This alliance is the first instance of a cross-brand alliance in the space that has been missed for all these years. Reports suggest that other brands can join in once the feature rolls out in February.

Wonder whether the researchers at TU Darmstadt would once again come to the fore to check for security loopholes right away, given their experience with Apple which has a CEO who swears by privacy and security.